My first week in France always goes by so quickly, as I deal with jet lag & the opening the house. I often have to fight wanting to stay awake all night & sleep all morning, however that has improved considerably now. There continues to be much to do in the cleaning department but I have gotten a lot accomplished & am now settled in comfortably. The big news is that I now have the Internet. This is a major achievement & change for my life in France. It was only in the last year that our village aquired the ability to sign on to the Internet through ones telephone. With the help of my wonderful neighbor, Beatrice, I am now wired. This is of course a good thing but maybe just a little bit sad too. In fact when I emailed my family for the first time from the house saying "I have wifi!" My son wrote back.... "That's sad!"
And it's true that part of the pleasure of this simple life has always been being  removed from everything. There is a beauty in stepping away from life as one knows it & doing without modern convince. There is a peace & a calm that comes with disconnecting from the world that is indeed sad to let go of. 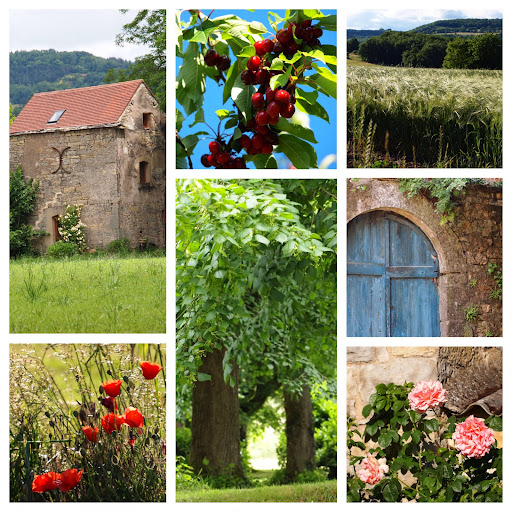 However the positives out weigh the negatives & I am delighted!
Wishing you all a very happy weekend!
Posted by Sally Tharpe Rowles at 3:47 AM 17 comments:

I Know Why The Caged Bird Sings 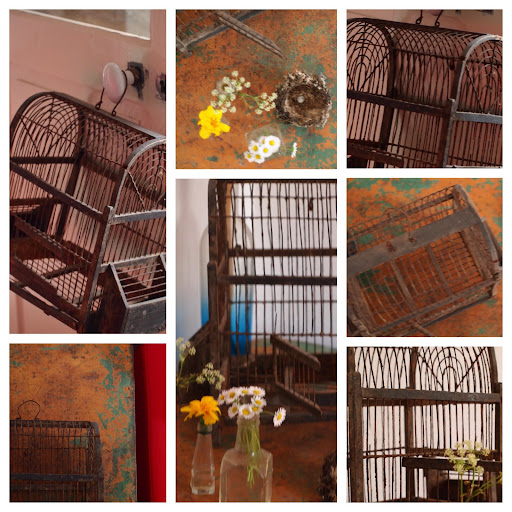 This Sunday is the French Mother's Day.
Today I went to the tiny Saturday market in the little village of Varen. 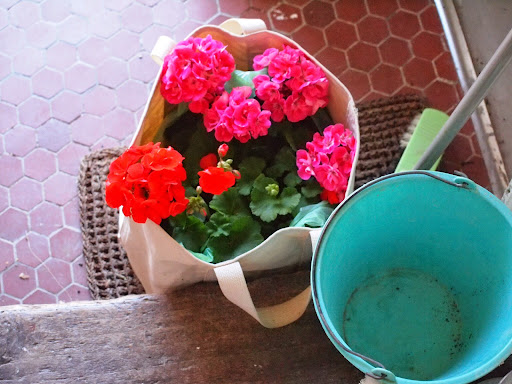 I bought geraniums to plant in the front. 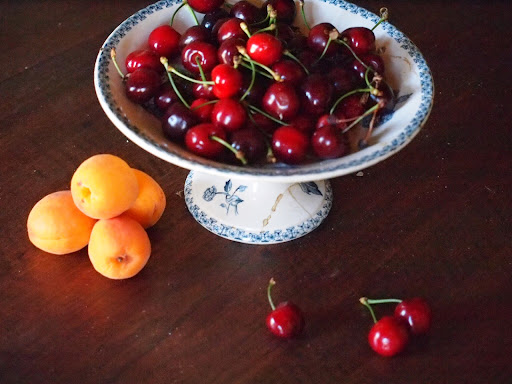 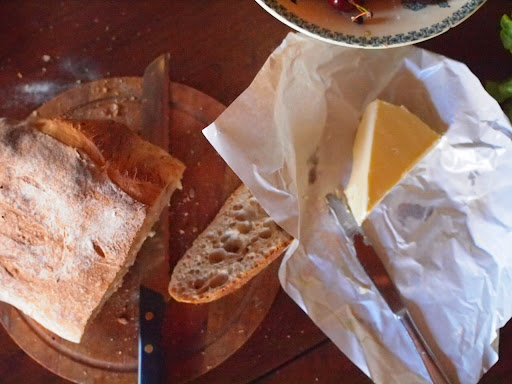 Bread & a morceau of fresh butter.... 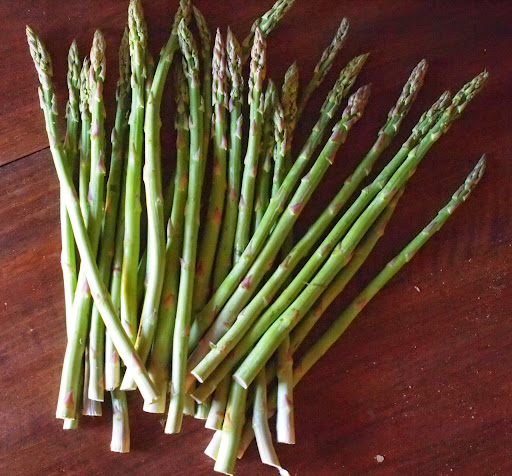 Peas & asparagus because they are in season 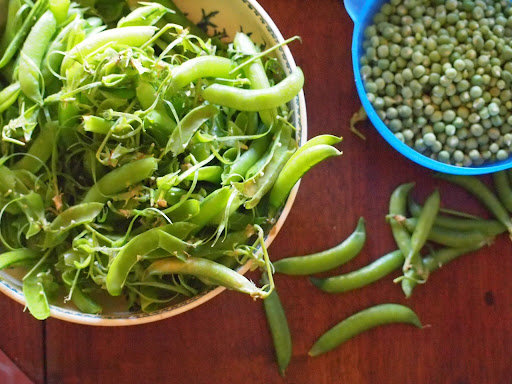 After planting my flowers I spent the rest of the afternoon shelling peas & washing lettuce. 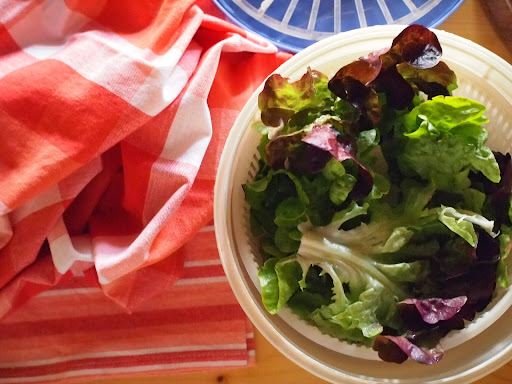 I hope you had a productive Saturday.
To all of my French friends I wish you a
Bonne Fête des Mères!
Posted by Sally Tharpe Rowles at 1:52 PM 10 comments:

There is a sense of coming home when I cross that little bridge into the village for the first time each year. A sense of joy & peace as I return to my summer life in France. 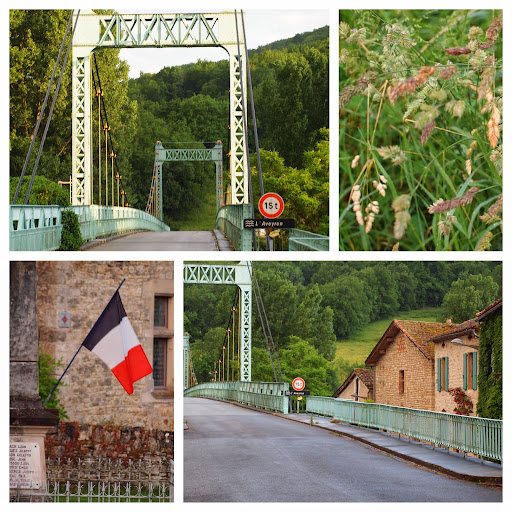 This was the first time in over twenty years of coming here that I did not arrive with the sunshine. It was overcast & windy with a sprinkling of showers. Nevermind, I was treated to a beautiful rainbow & magnificent  sunset. 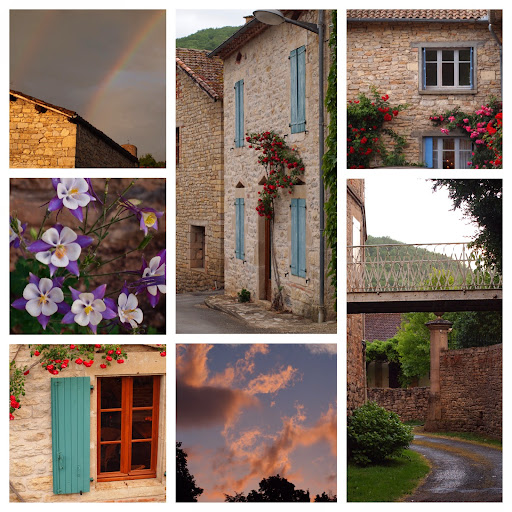 How happy I am to be in my little house again! 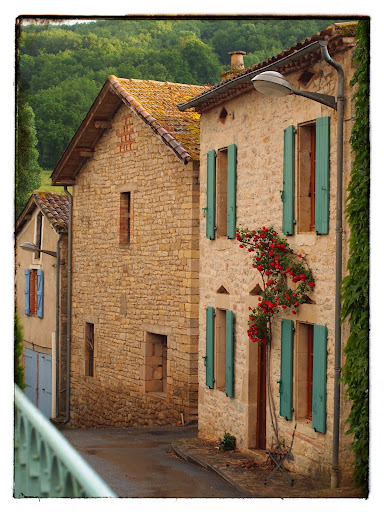 This year I was lucky to experience two springs bursting into bloom.
First in Charleston & now in Boston. 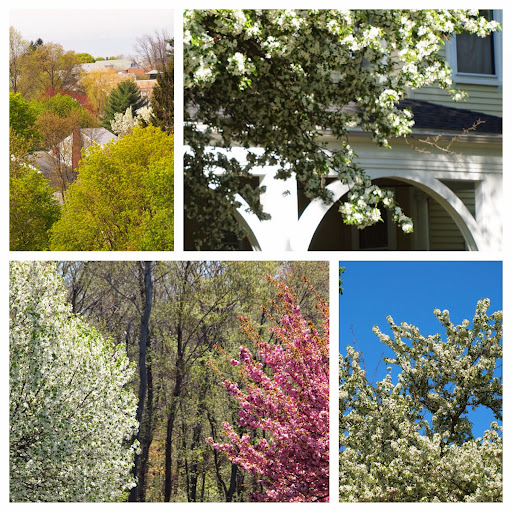 Although I am in Boston for only a short while, I have gotten a lot in.
I have gone to a lot of after school  lacrosse games & enjoyed some beautiful weather in the process. 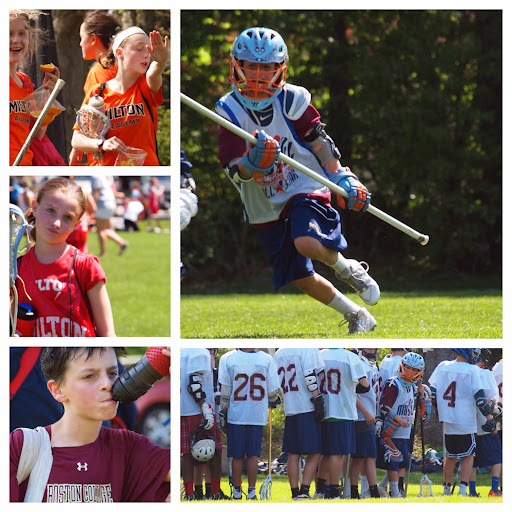 We have had a lot of fun & funny family moments & happy celebrations. 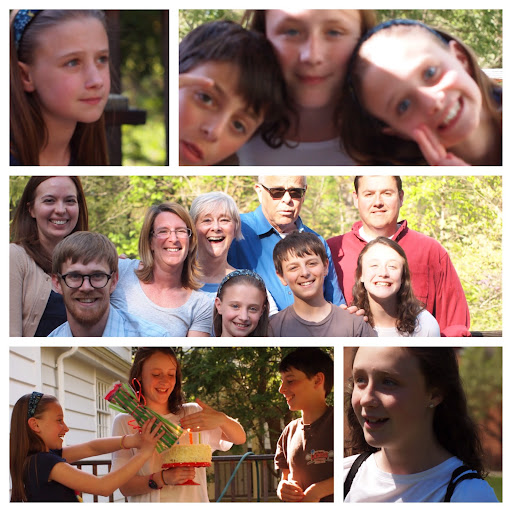 It has been short but oh so sweet.
Now it is time to move on & continue my travels.
Next stop France.
Posted by Sally Tharpe Rowles at 5:05 AM 9 comments:

The Internet is an amazing place for sharing information & rediscovering long lost friends. I was recently delighted to spot the name of a daughter of an old friend I had lost touch with many years ago. One discovery led to another as this remarkable young woman's story unfolded before me on the computer screen. 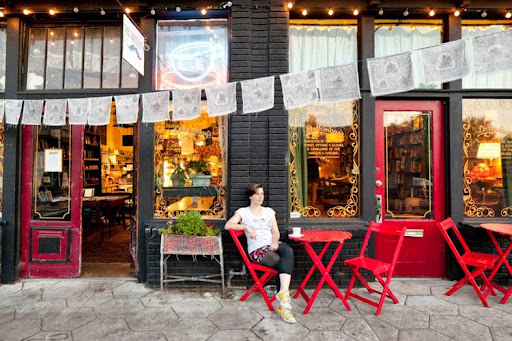 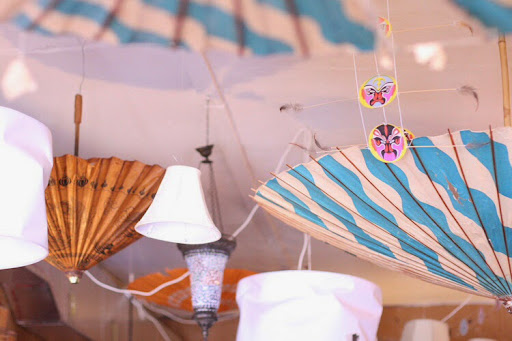 It was called Dr. Bombay's Underwater Tea Party.  As if the name alone  or all of these delightful photos, which I borrowed from her website, were not enchanting enough, there was more to her story. Much more! 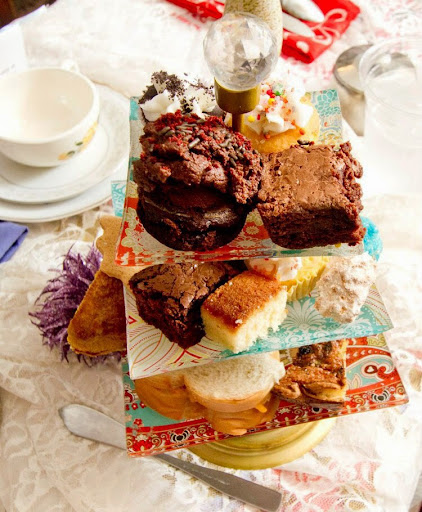 For the next three years Katrell happily managed her cozy neighborhood tea shop, serving teas & baking delicious sweet treats from her grandmother's recipes. But when a friend invited her to travel to India she had no idea that her life would be changed forever. 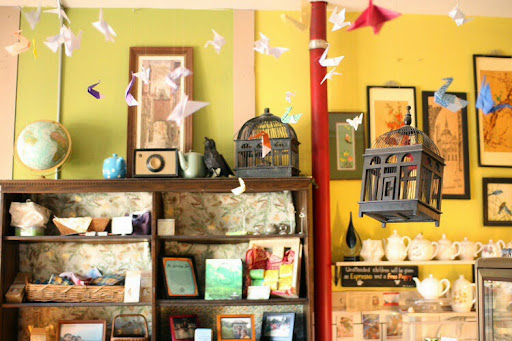 There she met three young girls living in an orphanage in Darjeeling, who at the age of sixteen were about to age out of the system. With little education these young women had few opportunities & little hope for the future. Moved by their plight, Katrell promised to help. On her return to Atlanta, & not knowing what to do, Katrell placed a note about her experience along with a jar for donations on her counter. 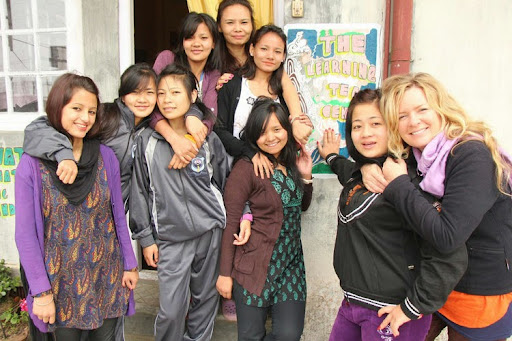 From that first jar grew a fund raising effort that eventually became The Learning Tea. Since its formation in 2010 The Learning Tea has provided housing & higher education for eleven girls in Darjeeling. With the help of donors & an army of volunteers, they are in the process of opening two more homes to house & educate girls in other parts of India. 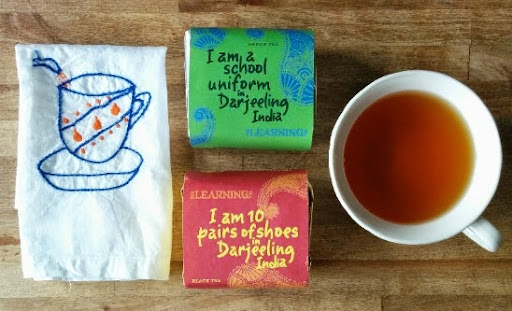 The Learning Tea on line shop has products that help to fund this admirable mission. I felt it was appropriate to share Katrell's story today, being Mother's Day. I am sure that Katrell's mother, my old friend, is incredibly proud of her remarkable daughter. But Katrell's story also reminds us to celebrate all women, mothers or not, who nurture & care for others in the spirit of motherhood everywhere.

On the Road Again 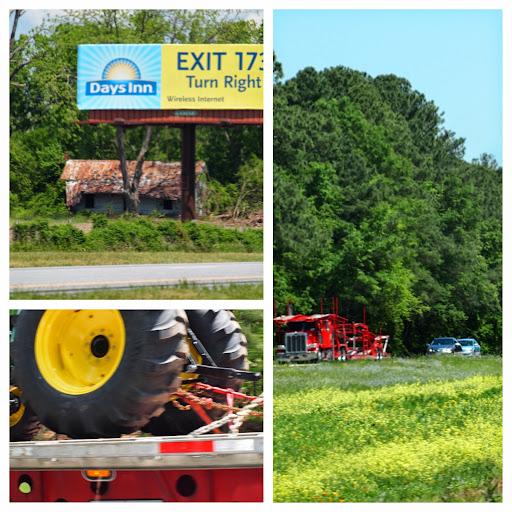 North Carolina has planted its highways with wild flowers which are beautiful to see, but a bit of a blur to photograph as you speed by. 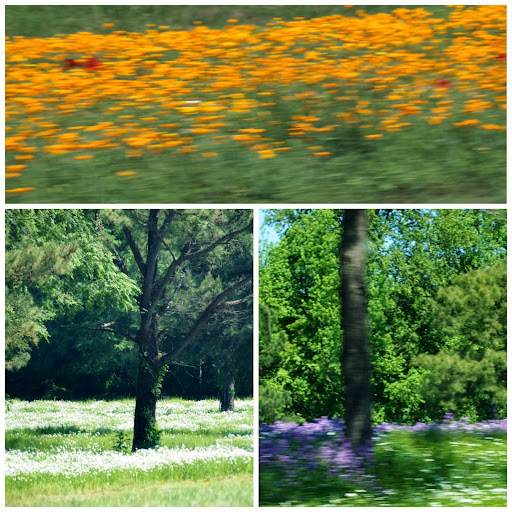 We stopped for the night midway in the lovely little town of Fredricksburg Virgina. 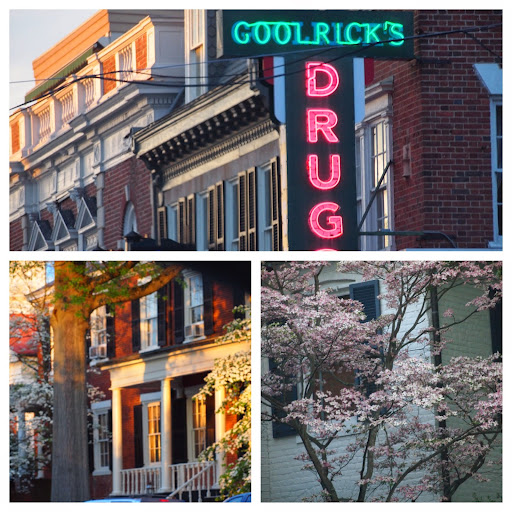 Where we were treated to a colorful vision of prom night finery on the courthouse steps. 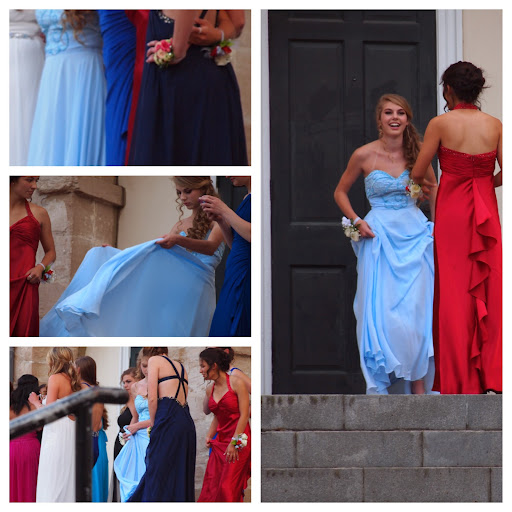 Then back on the road again zipping past Washington & New York. 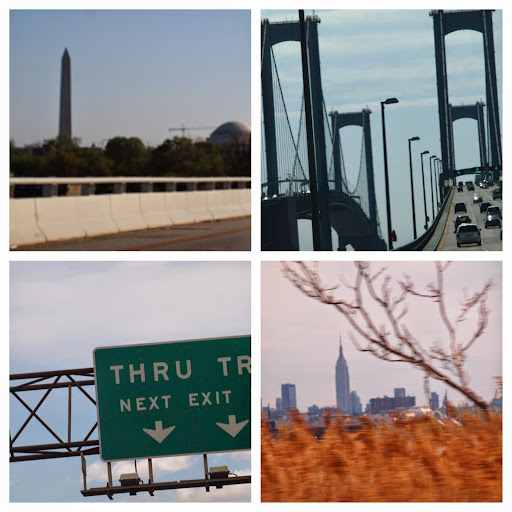 The skies were blue for the most part. Along the highway, it was clear that we had left the green trees & flowers of the south behind & had entered the industrial landscape of the north. 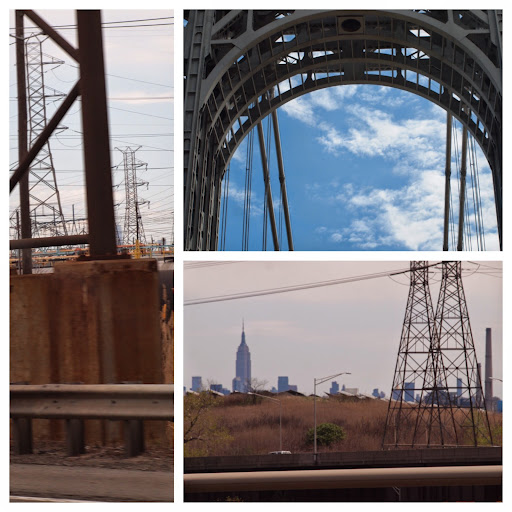 A road trip like this always reminds me just how vast & varied this country really is.
Posted by Sally Tharpe Rowles at 9:44 AM 6 comments:

Why do I always seem to feel like a bird flying from one nest to anther? 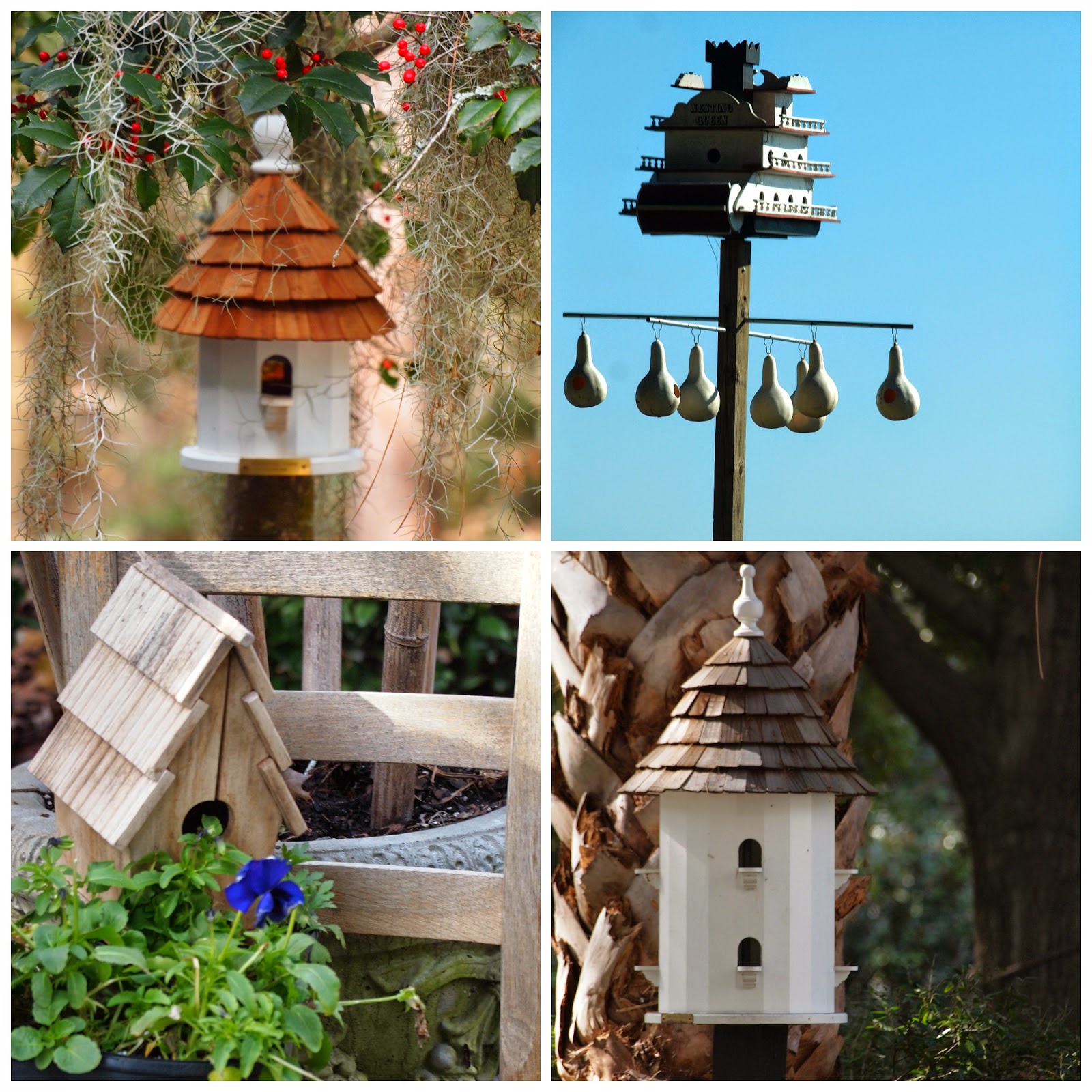 It's that time again. I am about to head up north to Boston for a visit with family before departing for France. It's a crazy life I know, but I certainly can't complain.

Wishing you all a very happy weekend !